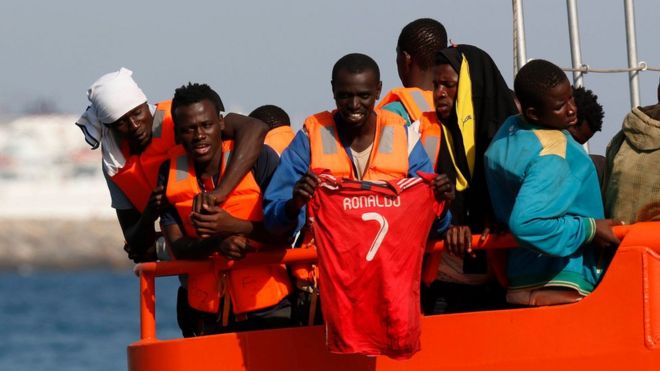 Spain's coastguard says it has rescued 600 migrants crossing from Morocco in a 24-hour period amid a spike in the number of migrant arrivals.

The UN says more than 9,000 people have arrived in Spain so far this year - three times as many as the previous year. More than 120 people are believed to have drowned attempting the crossing. The increase in crossings means Spain could overtake Greece this year in the number of migrants arriving by sea, the UN's International Organization for Migration (IOM) said earlier this month.